[I ran across some lecture notes from when I used to teach Environmental Science classes, between 2001 and 2013.]

[The textbook definition of a "System" will be added later.]


Open Systems exchange energy, matter, or information between its internal elements and the surrounding environment.  (In terms of living organisms, stimuli detected by various senses provide "information" that influence the organism.)

Nature (as in Climate and Weather) is an Open System, as is every included ecosystem (biome) and every living organism.  And within each system are numerous smaller systems.

Closed Systems are isolated from their environment, as in a laboratory or computer models.

Inputs - Energy, matter, or information that goes into a system.  "Climate Drivers" are examples of known inputs that influence weather (short term) and climate (a rolling 30-year average).  There may be other inputs that we have not yet recognized.  Inputs can by cyclical or random.

Throughputs - What happens to energy, matter, or information while it is within a system.

Outputs - The results of the passage of energy, matter, or information in a system.  An output for one system may be input for another system.

Feedback Loops are "Nature's Way" of self-regulation of a system.

Positive Feedback Loops happen when a change in a system triggers another change that speeds up the system.

Negative Feedback Loops happen when a change in a system triggers another change that slows down the system.

Synergy - When two or more inputs exaggerate the eventual output of a system.

Antagonism - When two or more inputs cancel (or lessen the effects of) each other.

Time Delay - All systems (and sub-systems) operate at different rates and those rates may be affected by temperature or other inputs.  That is why it may be years or decades between "cause" and "effect".

That Time It Rained for Two Million Years


Just a few quibbles with this video of a previously-unknown (to me) geologic episode.
Posted by on-the-rocks at 8:48 AM 1 comment:

Email ThisBlogThis!Share to TwitterShare to FacebookShare to Pinterest
Labels: Climate and Weather, Mesozoic

The Geography of the Ice Age

[As part of the series following National Geologist Day ...]

A quest even longer than the one for the Moenave dinosaur footprints.


Another long-term quest involved Arches National Park, near Moab, UT. I went there during a 1977 field trip. The shutter jammed on my Miranda Sensorex II camera (and then somehow unjammed itself).  I had photos from Mesa Verde and Canyonlands, but nothing from Arches.


In 1979, I had a six-week summer job south of Farmington, NM.  On one weekend, I went back to Arches. Same camera, same problem, but it didn't "fix itself". (It sounded normal, so I wasn't aware of the problem until I started getting unexposed slide film back from K-Mart.) Two visits = zero photos.

After getting married in 1984 and moving our growing family back to my native Georgia, ever seeing Arches National Park again seemed like it would probably never happen.

In the intervening years, after some major "life changes", my daughter's family moved from Atlanta to Phoenix in late-May, 2015.  After helping them move, by ferrying their SUV and their dog across country, a friend and I did some western sightseeing.

After returning home in latter-June, I was immediately restless in the almost-empty home, as my wife had passed away and my son was working.  I rented a car and hit the road, determined to engage in photography and any desired rockhounding on my own schedule.

After my daughter and grandsons decided to take shelter in Atlanta from the Phoenix summer heat during the summer of 2016, when they returned to Phoenix, again I ferried their car and dog, this time by myself.  On the return trip from visiting Phoenix, I was determined to cross "Arches National Park photos" off of my Bucket List.  I did!  It only took 39 years from the first disappointment! 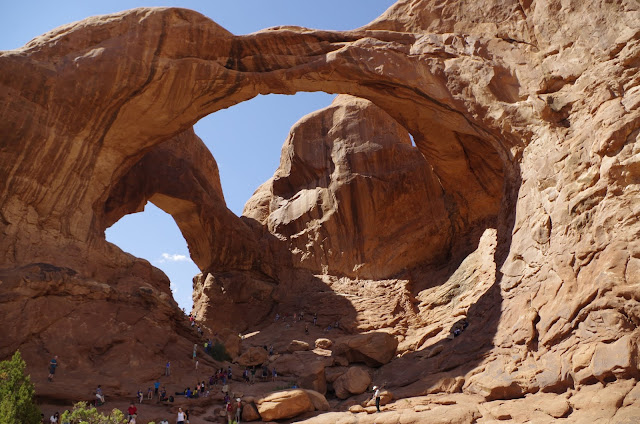 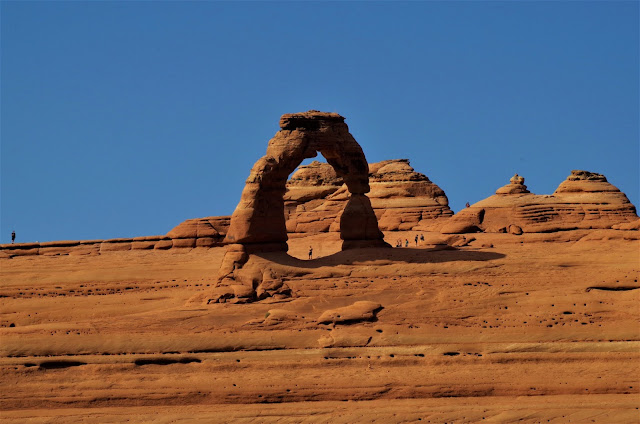 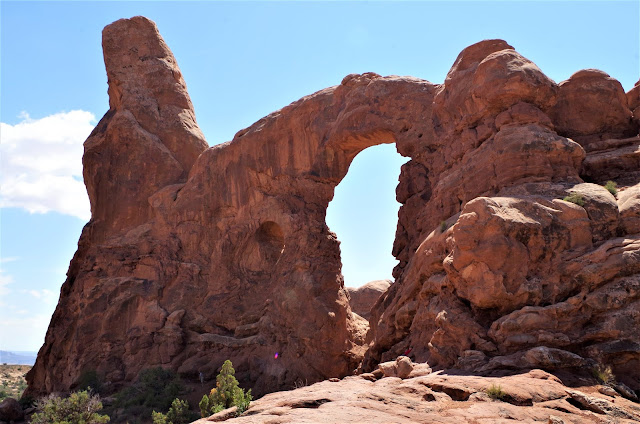 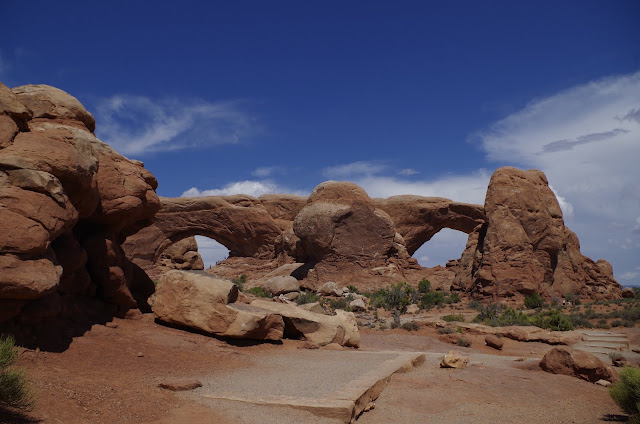 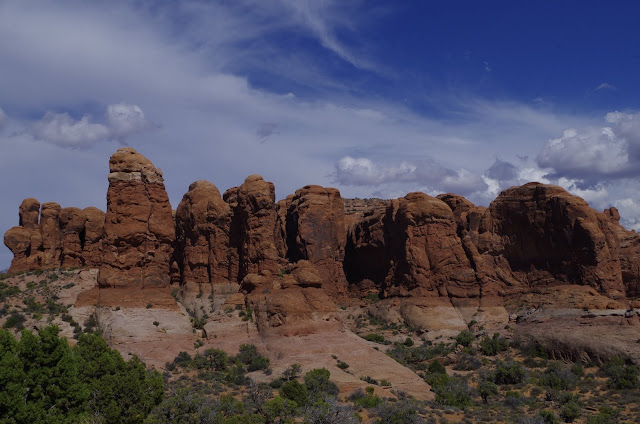 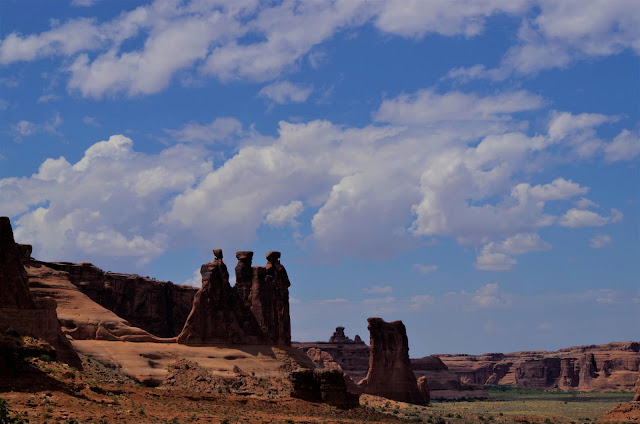 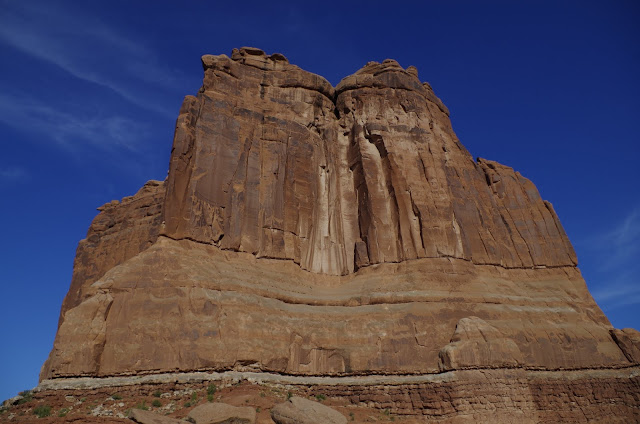 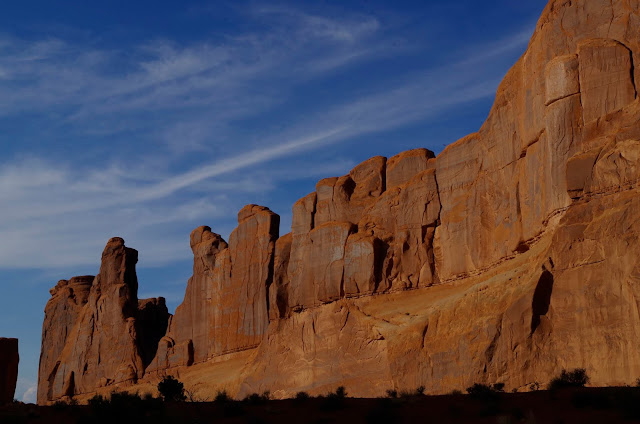 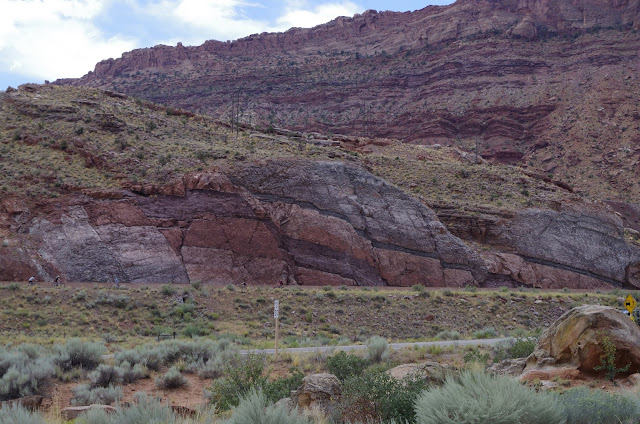 Figure 9.  Moab Fault Zone exposure across from the park entrance.


Delicate Arch is one the favorites, but it was early August and I just didn't feel like taking the direct hike (was it 3 hours or 3 miles?) to stand beneath Delicate Arch.  (In the August afternoon heat, neither option sounded sensible.)

I had spent the morning driving from Beaver, Utah and stopping often for scenic photos along I-70, so I didn't arrive at Arches until the afternoon.  That was OK it was the digital age and I conquered the demons of my old Miranda Sensorex II.  [Actually, in the 12 years or so that I had the camera, the only time the shutter jammed was those two times I was far away from my then home in El Paso.]
Posted by on-the-rocks at 11:59 PM 1 comment:

A few minutes after my epiphanies while visiting the Moenave, AZ dinosaur tracks, we returned to U.S. Hwy 160 eastward towards Kayenta and Monument Valley.  A short time later, after a short rise in the highway and a gentle lefthand bend, on the left was quite the surprise. 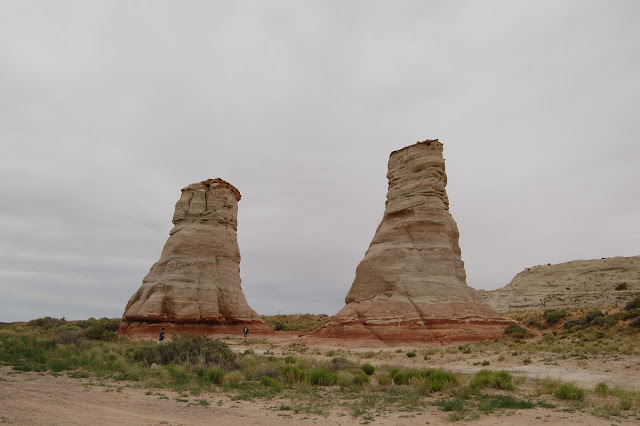 Figure 1.
While doing the internet search on my daughter's computer in Phoenix the day before we left, these "things" popped up while I was looking for info on the Moenave dinosaur tracks, but the oddities of Figure 1 weren't labeled in name or locality, so I had no idea where they were or what they were called.

After pulling over and getting my first few photos, I asked a lady "What are these things called?", to which she replied "Elephant's Feet". (So appropriate!)  Some later internet reading yielded the information that these "Erosional Outliers" were of the Jurassic Kayenta Formation.

Something I find odd about the treatment of the "Elephant's Feet" is the apparent exclusion of them from two popular "geo-tourism" books "Roadside Geology of Arizona" and "Geology Underfoot in Northern Arizona", both of which I had just prior to my two 2015 trips. Especially since they are relatively close to the site of the Moenavi dinosaur tracks.

[The surprise discovery of Sunday, April 5 being "National Geologist Day" has changed my plans for this week.  That being the case, I am reposting modified Facebook posts - from April 5th - about some of "my favorites" including photos, fossils, rocks, minerals, memories, and quests.]

Including the period of time of my elementary-school years, when I had a kid's interest in dinosaurs, shiny minerals, fossils, and other things on the ground, I have had an interest in "things geology" for 50+ years.  [My Dad and Mom both enjoyed being outdoors doing gardening and roaming around.]  Indeed, my high school Senior Year Geology course began in the Fall of 1971 and finished in the Spring of 1972.

This post is about a quest and an answer that were 35 years apart.  In the Summer of 1980, my Mom and Dad took a Western vacation (which turned out to be their final vacation together, as my Dad passed away in late November 1980).

After my Dad's passing, I was looking at 35 mm slides from the trip. Amongst the numerous slides from that vacation were some slides of dinosaur tracks, but they weren't labeled, so I had no idea of their locality. (And I didn't want to bother my Mom about it.)

Some 35 years later (mid-2015), on the return trip to Atlanta after visiting my daughter's family in Phoenix (traveling with a friend) our plans included going to Monument Valley and the Four Corners Monument.  Prior to leaving Phoenix, I did a quick computer search to aid in finding dinosaur tracks near Tuba City that someone had mentioned to me.

As soon as I got out of the car, began to wander the site (with a Navajo guide), and then commenced taking photographs of the tracks in the Jurassic Moenave Formation, my long-awaited answer arrived (late-1980 - mid-2015)!  These were the tracks my Mom and Dad had visited in 1980! 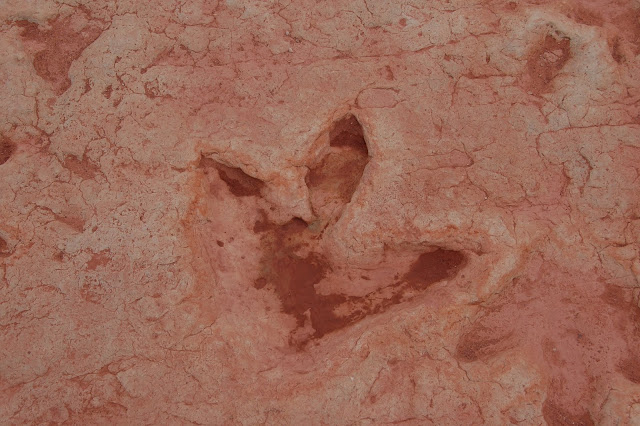 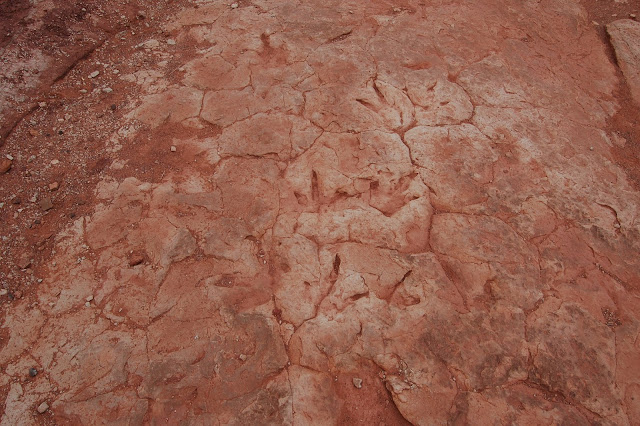 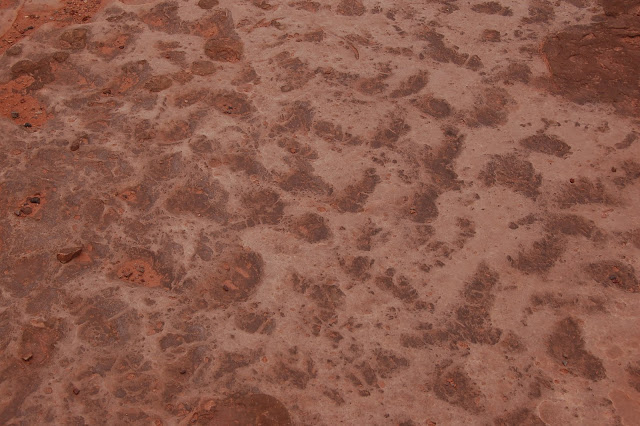 Figure 3.
They were also the first dino tracks I had ever seen and touched.  In 1979, I had a Summer job south of Farmington, New Mexico as part of a Fossil Recovery Project, prior to the opening of an open-pit coal mine.  I got paid to look for and collect dinosaur bones, but the setting wasn't right for track preservation in the Bisti Badlands.  Part 2 of my "farewell to the 40th anniversary of the best summer job - ever" - is here, from last November.

[I wasn't even thinking about my Dad's 35 mm slides until I looked at the first photo (Figure 1.) in the camera viewfinder and the thought suddenly came to me.]

on-the-rocks
As a Geologist/Naturalist with a strong interest in Photography (and being an aspiring writer), I hope to use my travels in the continental U.S. and my experiences (and mistakes) as Educational Resources. I have a constant "yearning to learn" and a desire to better understand the things that I see and have seen in the past. I grew up on the Georgia Piedmont, received my B.S. in Geology and later worked on the Coastal Plain, and spent 14 years in El Paso, where I received my Master's Degree and learned much about the Chihuahuan Desert.