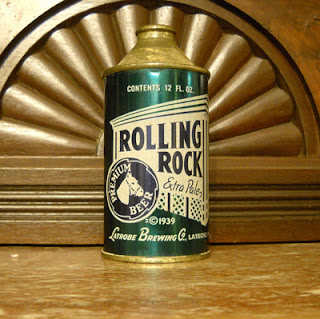 Two of my favorite things.  Unfortunately, I don't have photos of all of the cans mentioned, you will just have to take my word on their connections to Geology as intended in the Glacial Till post.

Rolling Rock was one of the beers already mentioned in other posts.  Actually, a 7 oz. Rolling Rock can was the first can in my collection in 1974.  The 12 oz. conetop pictured above is from the early 1950s.  My collection peaked in the mid-1990s at 5,000+ cans, then along came the realities of kids and bills.  (Actually, my two grandsons now are my favorites.)

Anyway, a few of the Geology-themed cans that have passed through my collection (or have been seen at collectors' shows) include Oxbow Beer, a tab-top can from Walter Brewing Co. of Pueblo, CO., cans with glacial themes including Matterhorn Beer (Hamm's), Köl Beer (numerous diff. breweries) and Hynne Beer (Walter).  (I am not 100% sure of the definition of these German terms, but I think they are glacial features.) 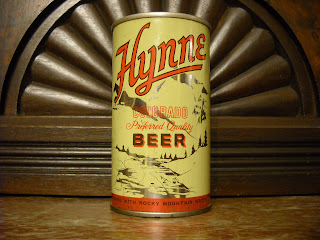 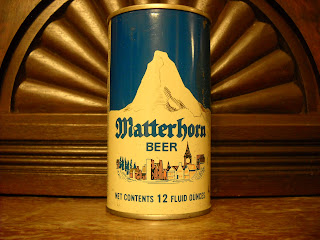 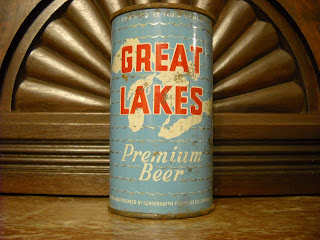 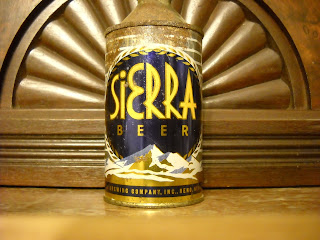 A Wisconsin cone top was Mineral Spring Beer, from Mineral Point, WI.  Spring-water is referenced on the labels of numerous beers, past and present.  Jacob Leinenkugel Brewing Co. (a Miller subsidiary in Chippewa Falls, WI) currently has a line of high-gravity seasonal ales named after the Big Eddy Springs, fed by the same aquifer tapped by their wells.

A high-value cone top ($1000+, when in excellent condition) is Gold Age Beer, from El Rey Brewing Co. of San Francisco depicts a gold miner and his pan.

As for some other Geologic/Geographic features, they include Atlantic Beer, Pacific Beer, Great Lakes Beer, and Piedmont Beer (bottles only).

In Oregon, there is the Deschutes Brewing Co., brewers of Obsidian Stout and Black Butte Porter.

Balcones Fault Red Granite Ale from early microbrewery in the Austin, TX area has been reborn by the Great Grains Brewing Co. of Dallas, TX.

With as many microbreweries and brewpubs as there are these days, there are probably other Geology-themed breweries and individual beers, including those named after rivers and river valleys, coastal features, bays, harbors, islands,...
Posted by on-the-rocks at 9:03 AM

on-the-rocks
As a Geologist/Naturalist with a strong interest in Photography (and being an aspiring writer), I hope to use my travels in the continental U.S. and my experiences (and mistakes) as Educational Resources. I have a constant "yearning to learn" and a desire to better understand the things that I see and have seen in the past. I grew up on the Georgia Piedmont, received my B.S. in Geology and later worked on the Coastal Plain, and spent 14 years in El Paso, where I received my Master's Degree and learned much about the Chihuahuan Desert.